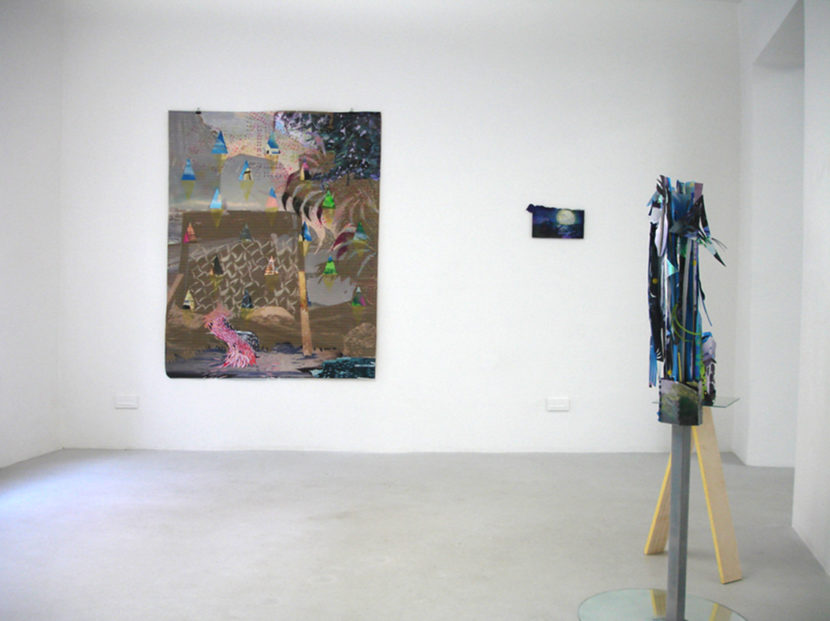 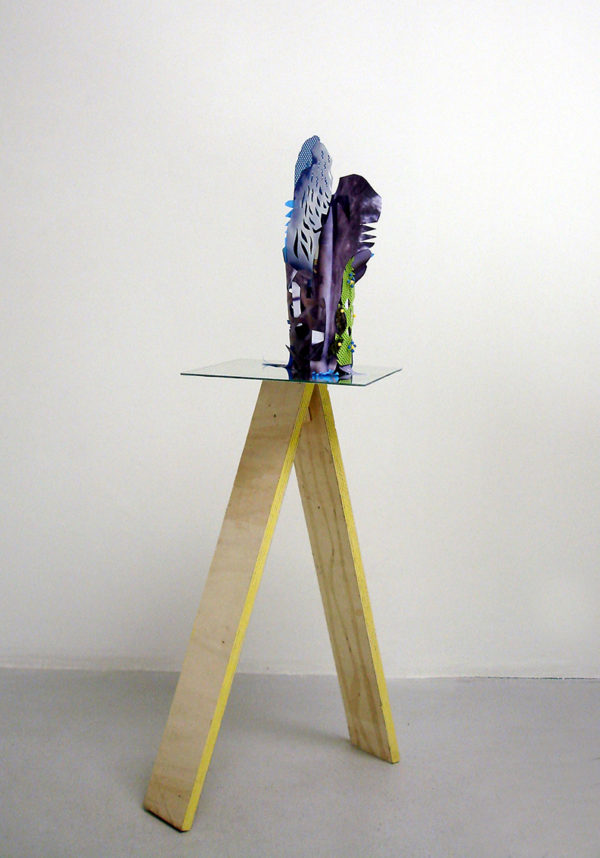 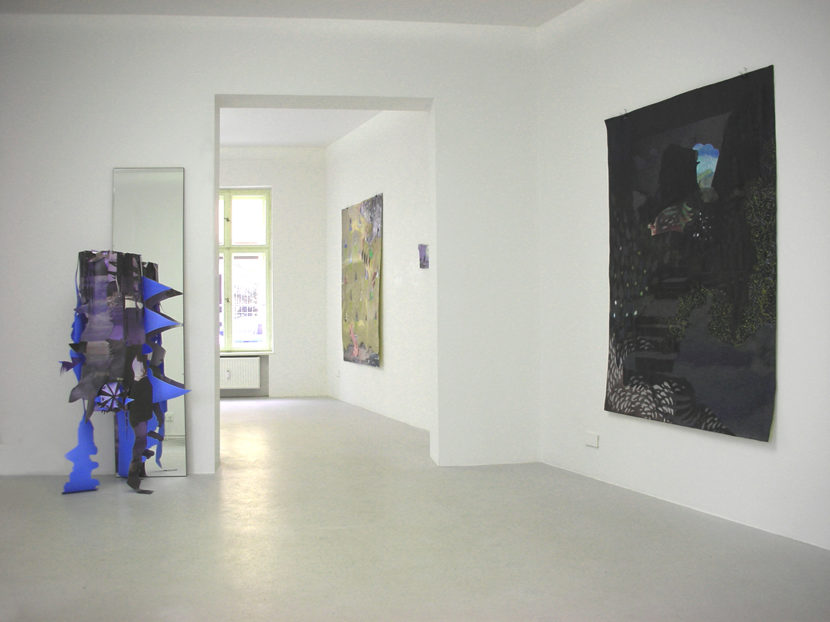 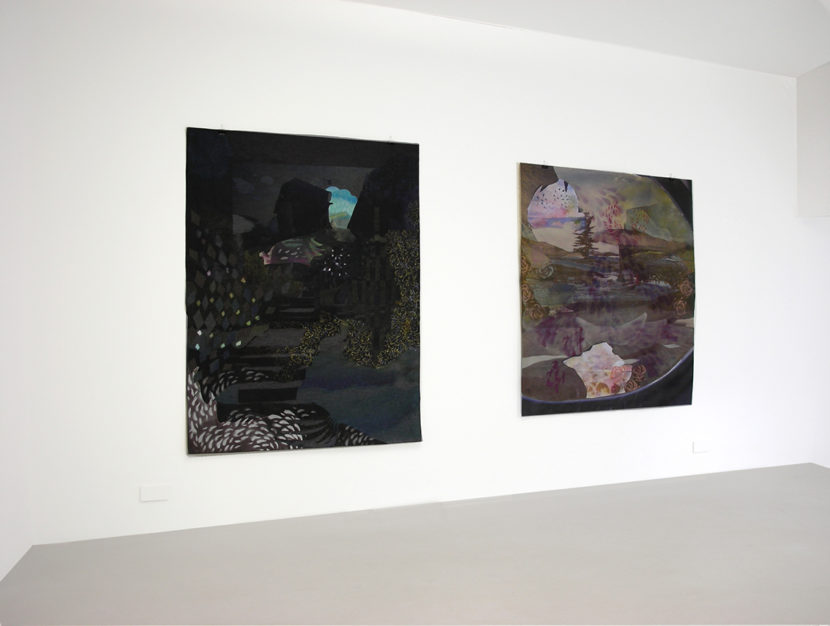 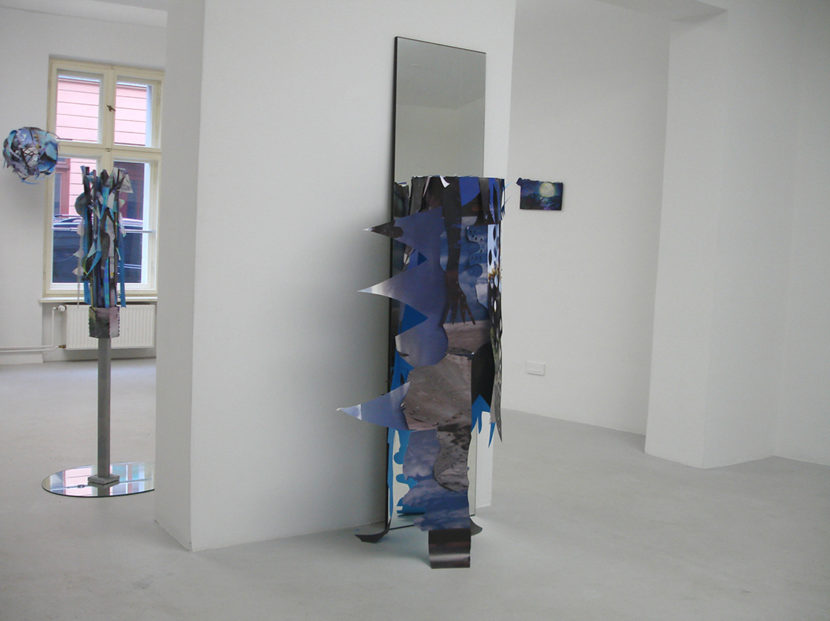 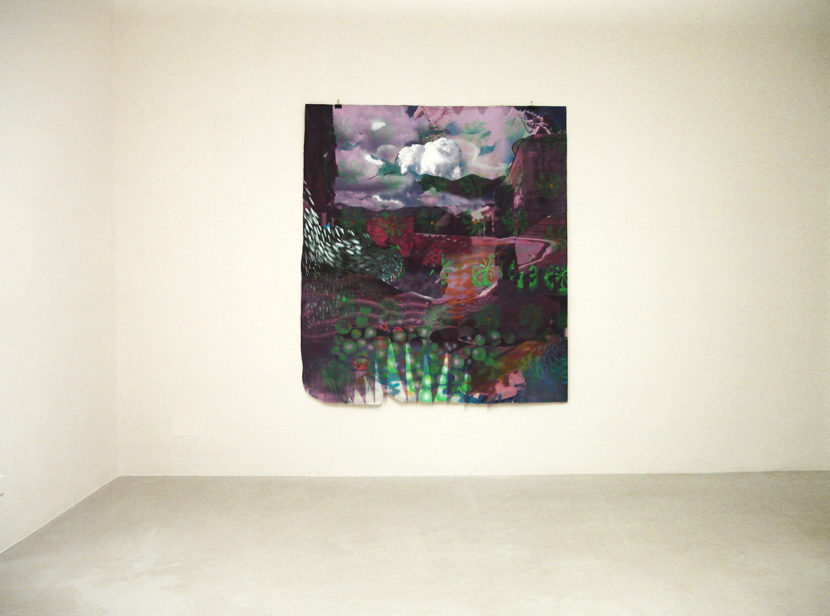 Alessandro Roma’s new group of works is based on a story that lies many years in the past. It is the story of a man who, tired of his everyday life, embarks on a journey in the hope that unfamiliar places will offer him a new identity and could create a link between his inner nature and the outer world – as far as this is still possible. He didn’t have a plan, but followed his instincts, and this allowed him to see and describe incredible places. The title of the exhibition “Vicarious” refers to the stand-in function of the artist, who slips into the role of the traveller. Roma creates the landscapes based on the literary source, but filtered through his imagination. Drawing on his experiences, he embarks on an imaginary journey to find out what he might have seen. As a result, his collages and sculptures are often fragmentary or appear out of focus. Dream worlds emerge whose motifs seem to float. Alessandro Roma’s landscapes aren’t attempts at documentation. They are closer to the imagination than to reality. This distance to reality is further heightened by the intense colour. Forms seem to become fluid and increasingly independent of the constraints of the rectangular format. In the most recent works, they even leave the surface and proliferate in three-dimensional space. Roma’s works are evocations of inner landscapes. They attempt to come to terms with the strange or foreign. All titles of the works are taken from the book “Of Walking in Ice” by Werner Herzog. Besides the large-scale collages and paintings, the exhibition also includes sculptures.