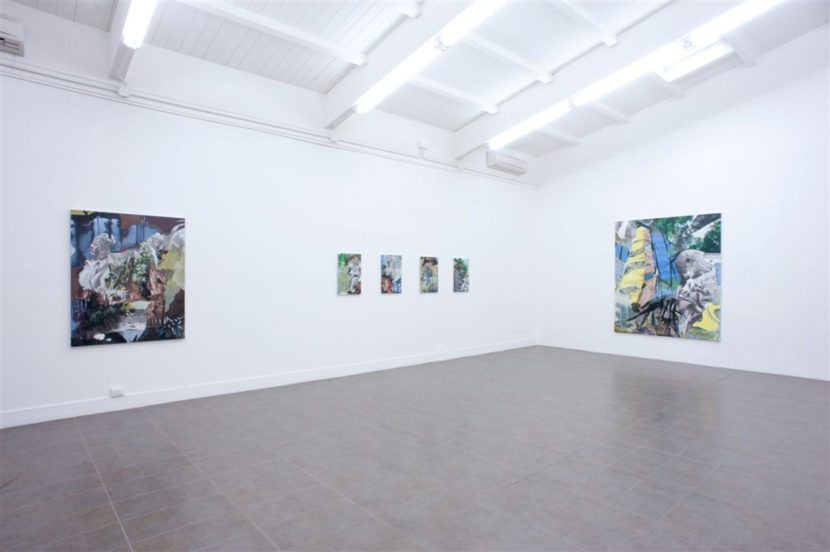 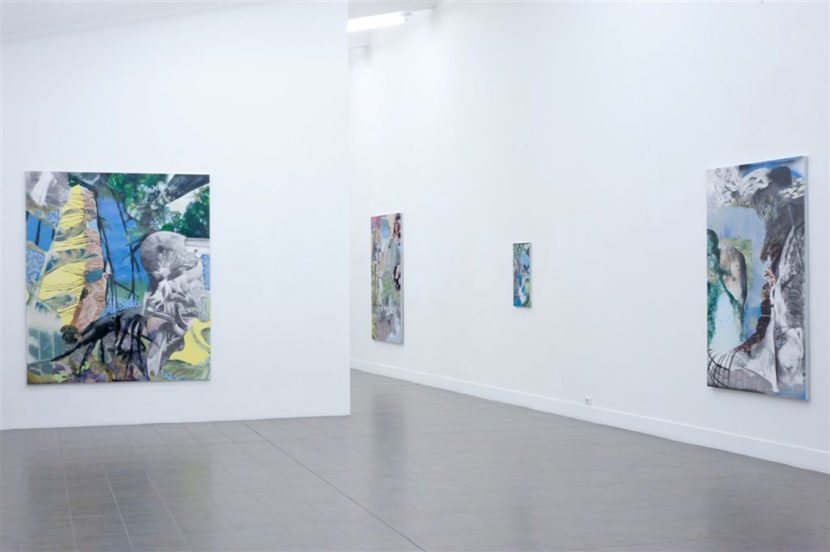 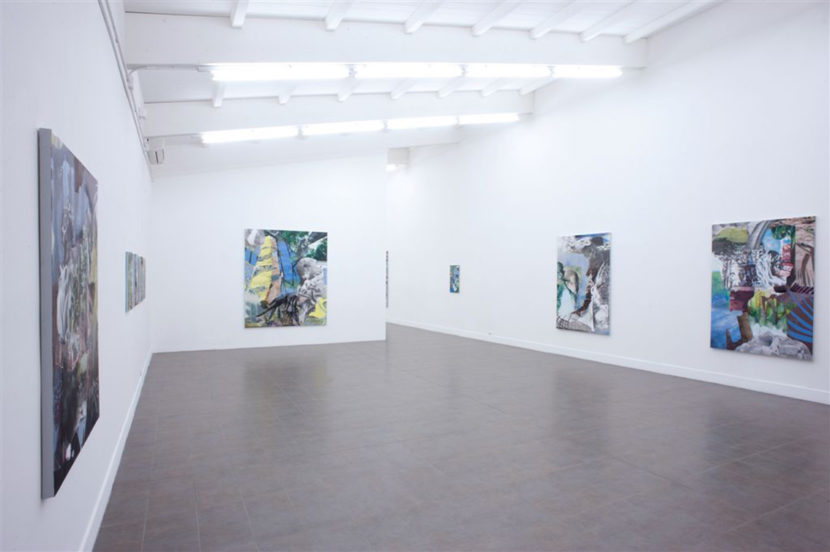 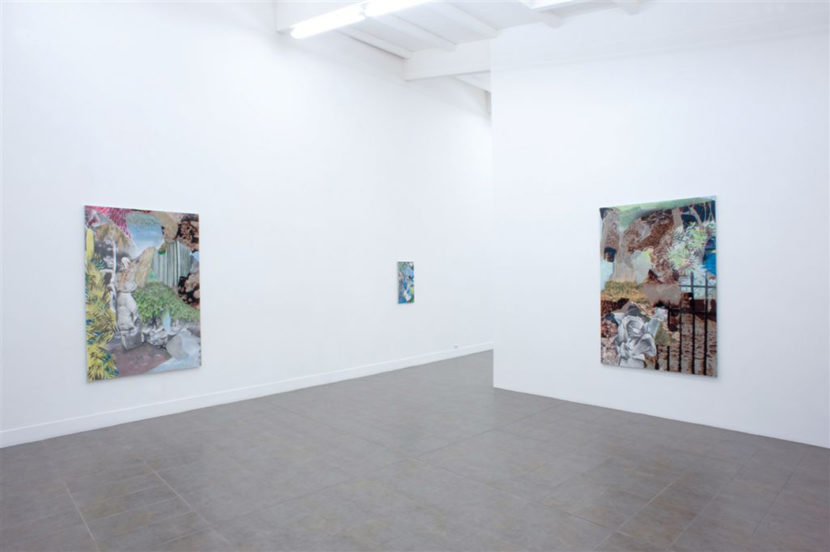 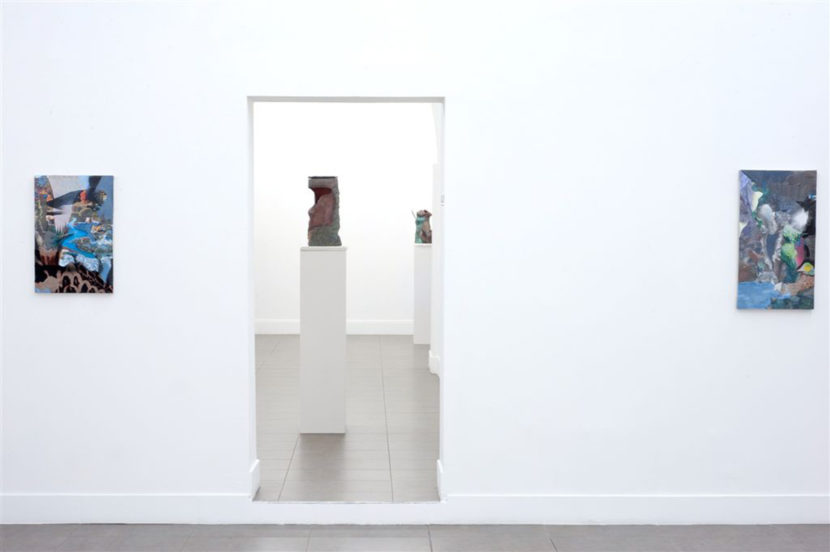 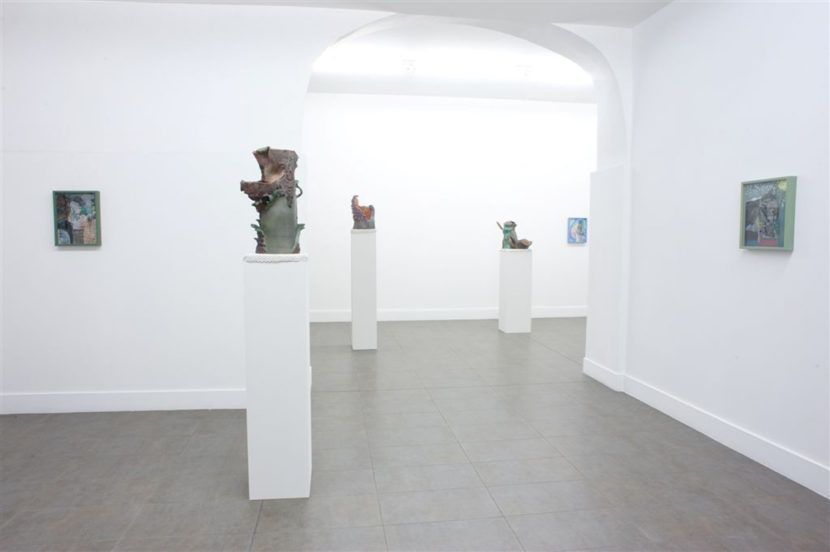 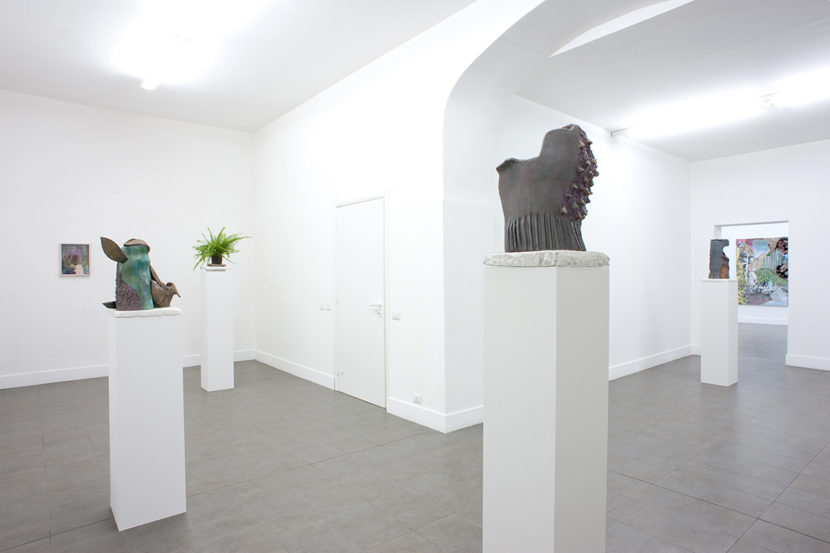 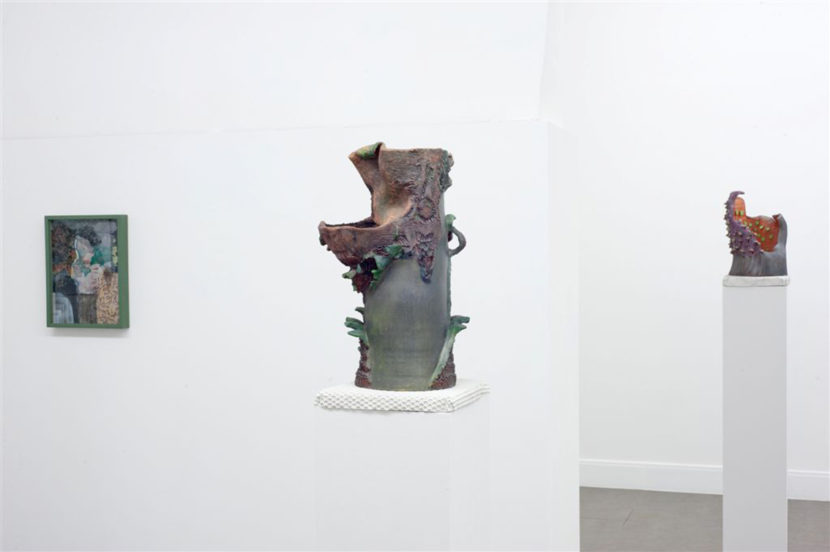 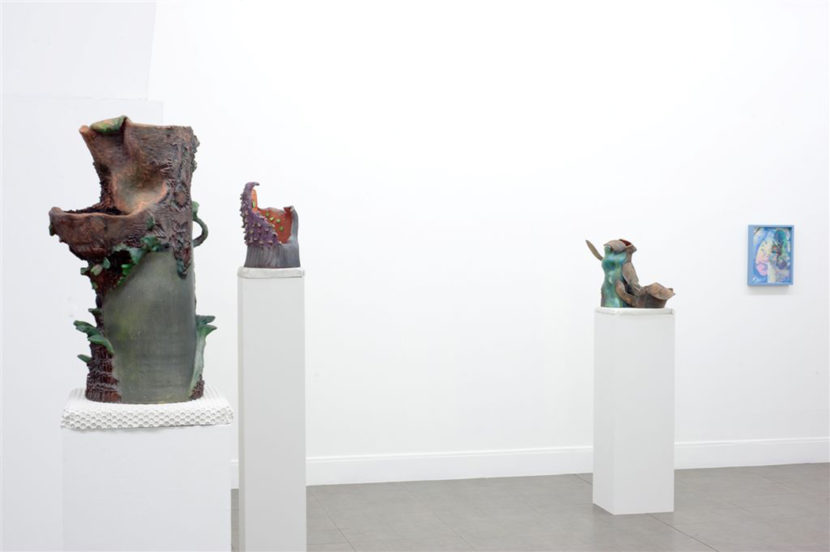 Brand New Gallery is delighted to present Il sole mi costrinse ad abbandonare il giardino The sun forced me to abandon the garden], the solo exhibition by Alessandro Roma, the first hosted Italian artist to be exhibited in the whole gallery space. The garden is a magical place, conceived in antiquity, which conveys a perennial metamorphosis in construction and in meaning, in which man creates a meeting point of perfect harmony with nature. What remains unchanged over time is the paradisiacal vision of this enchanted, fertile place, Eden sought and recreated by man on earth (we need only consider that the ancient Persians called the garden pairi-daeza). Unlike a landscape that is open to those who observe it, in order to be discovered the garden must be traversed, explored, scrutinised in depth, as it is concealed within its enclosure, which determines and safeguards its form. This kind of approach is the key to understanding Alessandro Roma’s works hosted in the Milanese space, which suggest to spectators a catharsis and a mental predisposition through which to immerse oneself in the intersecting forms, in a collage of memories and in evocative elements that come to life on the sculptural and painting surface. The theme of the garden is only considered ideally and not in a documentary manner, in the same way in which for many years in his painting Paul Klee tackled the archetype of the garden, even if without ever describing it in its realistic form, as did Monet, who even created his own genuine garden outside Paris, which became the main subject of his studies. In his work Alessandro Roma renders the double form of the landscape and the garden, completeness and fragment, of a defined space that safeguards within itself elements of attraction, yet which are not immediately assimilable. The paintings live in equilibrium between figuration and abstraction; the sculptures render anthropomorphic forms and the memory of atavistic containers of natural elements at the same time, while the collages are configured as sketches tracing surreal visions. The exhibition is composed of a core of large paintings, which, together with the sculptures and collages, form a dream- like itinerary in the spaces of the gallery. The painting works evoke locations that seem indefinite at first glance, but, if you look carefully, allow you to perceive trees, paths and hints at figures: through drawing, painting and collage, there is a distancing from a centripetal representation and free space is given to different mental openings and perspectives, obtained through the multiplication of the vanishing points, while the simultaneous use of various artistic techniques allows interesting visual stimuli to be created. The plastic works, made of terracotta and painted with natural pigments, recall the sculptural elements of ancient gardens, ruins, monuments and nymphaea, and are developed in the form of a vase, not only at an emotive level, but sometimes performing the same function: indeed the sculptures watch over the plants contained in them, bushes identified in antiquity as healing panaceas or considered to possess magical powers. A series of small collages, distinct and delimited by chromatically dissimilar frames, serve as support for the sculptures and act as preparatory studies and sketches, through surreal, lyrical and evocative images that make reference to the work through the style, material and colour of the sculptural form.