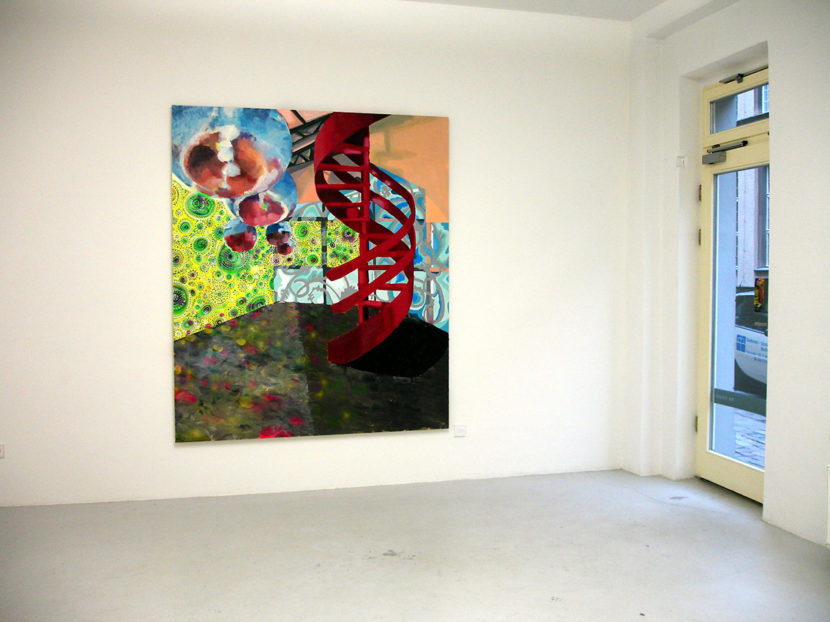 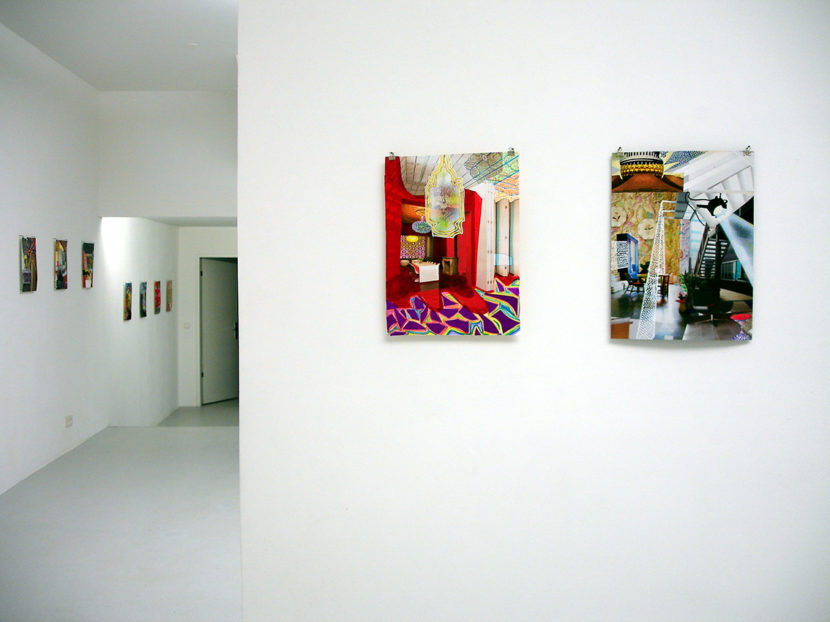 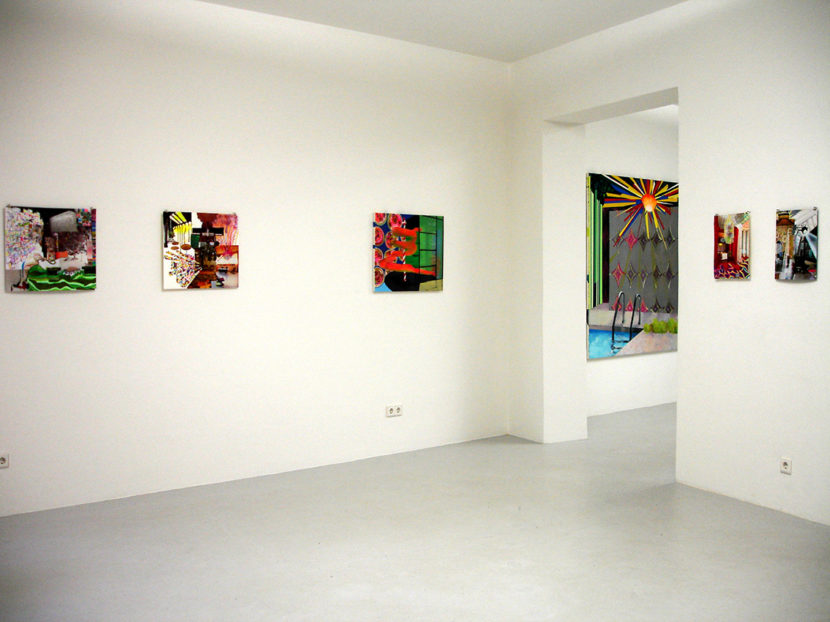 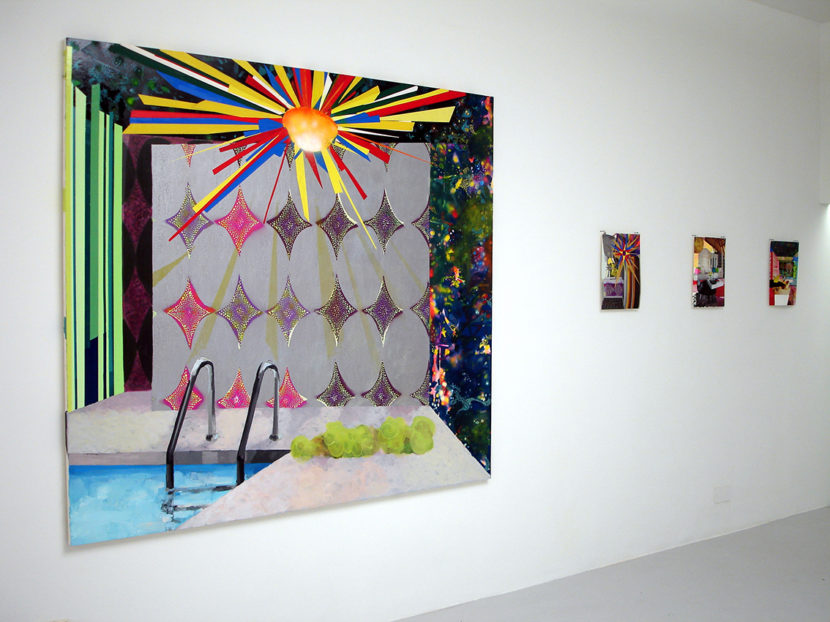 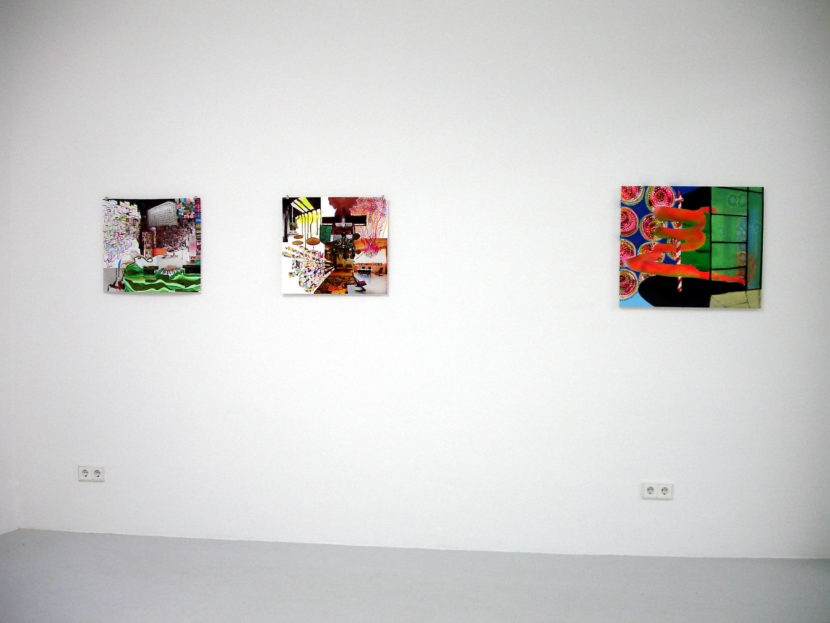 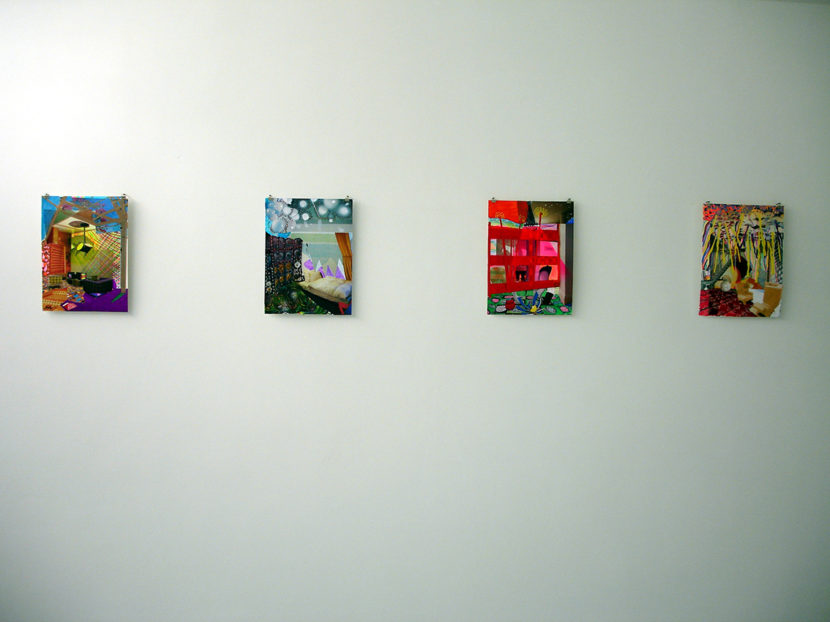 In his first solo exhibition in Germany, the young Italian artist Alessandro Roma presents collages and pictures that repeatedly deal with the theme of the interior. In his paper works, he collages details from glossy design magazines in order to rearrange and transform them. Reworked with garishly coloured felt-tip drawings, he creates new fascinating and confusing interior views of rooms and architecture. The excessive forms and colours, the glossy surfaces and the luxurious and stylish furniture brought together in his works overstate the demands for an aesthetic living. Emptied of people, the rooms are caught up in their own movement. Forms are dissolved, adopting the rhythm of fabric patterns or carpets only to break away from them again.  Colours flow in waves, though without departing from the prescribed path; objects, spaces, perspectives overlap. The psychedelic and futuristic aspects in Roma’s works are connected with the search for space. Space remains undefined; structures are repeatedly undermined to be taken up again at another point. Alessandro Roma’s visionary architecture seems to have an independent existence that is sufficient unto itself – a balancing act between static and organic forces suggesting permanent change. The artist plays with the abstract as well as concrete notion of space and time. What is normally so clearly defined in space and time appears kaleidoscopically fragmented – as a fantasy of the past, the future and the ephemeral.